Meet the provincial and national members that govern the ARCQE organization

ARCQE is extremely pleased to welcome the expertise the of new incoming Board members who will be guiding leadership directions for the 2020-2022 incoming term!

The people behind the professionals….

As a non profit organization, the Alberta Resource Centre for Quality Enhancement is fortunate to be under the governance of many community leaders from various areas of the sector. While they bring tremendous expertise and experience to their roles as Board members, given ARCQE’s focus on “relationship-based” practice, we also wanted to highlight some of the extraordinary traits each of our Board members possess that may be a little less known, yet reveals more about them as people behind their community service roles.

That said, we hope you check the links below as we feature additional fun and interesting perspectives of each in our: 10 Things you may not know but be interested in learning about ARCQE’s Board Members… 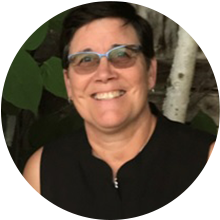 Beryl has spent many years working in the human services field. Her career began at the age of 12 as a babysitter until she began her studies as an LPN at the age of 18 with a career which lasted for 20 years. A tobogganing accident with her children ended her nursing career. At the age of 40; she entered college once again.

Beryl has a passion for learning and decided that completing three programs at the same time would make job hunting more feasible as a single mother of two children at the end of two years. Beryl crossed the stage three times; a diploma as an Educational Assistant, a certificate in Early Childcare Development and a certificate as a Rehabilitation Practitioner.

Following her convocation, she was hired by the college were she worked for nine years as a Learning Assistant. Once again Beryl showed her love for ongoing learning and took two years of online learning through a college to gain a certificate as a learning strategist in the field of strategies and in the field of technology.

Following her years working with adults Beryl found herself back working with children with diverse needs in an elementary school. Since Beryl enjoys children she also found herself working before and after school in the OSC program. It was while she was working in the OSC program she was approached by a local child care center to apply for the Director’s position. It is here where Beryl entered into the childcare field fulltime.

Since May of 2012 Beryl has been actively involved with helping Little Sprouts grow and flourish in Lac La Biche. The daycare was accredited in November of 2012 and has successfully maintained their accreditation status. The center has since grown from 18 children from the date of hire to over 70 children under her care. Beryl’s center was also chosen to participate in the affordable child care pilot project in April of 2017 and as a result has once again Beryl returned to university studies as a participant in the new Exploring Curriculum Perspectives course now being delivered in support of Alberta’s new curriculum being implemented across the province. 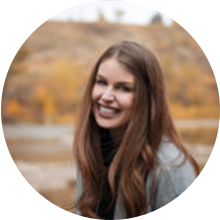 Katherine is the Executive Program Director at Wee Wild Ones and Of the Wild, a nature and movement inspired early education centre located in Calgary, Alberta. Katherine has played an integral role in the development and growth of Wee Wild Ones since its inception in 2016. She has personally designed and developed the philosophy and learning approach behind their programs.

She holds a degree in Education from Laurentian University and a Masters of Education from the University of Calgary with a focus on Early Childhood Education and Instructional Leadership. She firmly believes that Early Childhood Education should focus on emergent curriculum and inquiry-based learning to prepare children for future jobs that have yet to be invented. She has a true passion for education and is a lifelong learner. Katherine enjoys sharing her knowledge on early childhood with others and has designed and facilitated numerous Early Childhood workshops for Wee Wild Ones and the greater Calgary community.

Katherine is extremely grateful for the opportunity to serve on the ARCQE’s board of directors and is excited to help make a difference in the lives of educators, children and families throughout Alberta. 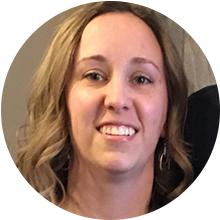 Lindsay Campbell has worked as the Executive Director of Building Blocks Day Care, located in Grande Prairie, for the past 9 years. Building Blocks was selected as a pilot site for Phase 2 of the ELCC Grant. Prior to beginning this role, she worked as a front line child care worker for two years within this facility. In 2017, she won the award of Director of the Year for North Western Alberta at GPRC’s annual child care awards. In 2016, her program was the recipient of the Service Provider of the Year award as well. Aside from working at the day care, she is an active member of Grande Prairie Regional college’s Human Services Advisory Committee.

Lindsay received her diploma in Early Childhood Education from Conestoga College in Kitchener Ontario and graduated with distinction.

In her free time, she loves spending time with her children; Noah and Ava, who are her whole world.

Lindsay is very excited to be a part of the ARCQE team and looks forward to the year ahead. 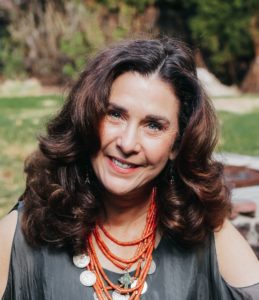 Natalie has dedicated many years to the field of early childhood education as a teacher, leader and researcher. She is a retired Director of Early Years with Edmonton Public Schools, where her responsibilities included early childhood education, inclusive programming, mental health, intercultural, and diversity education, and specialized learning supports. Natalie completed her EdD focused on inclusive practices in early childhood education; was the recipient of the Alberta Excellence in Teaching award and the Alberta Teachers’ Association Advocate for Young Children award; and was seconded as a senior manager with Alberta Education Early Learning Branch. In addition to her role on the ARCQE board of directors, she currently serves as co-chair for the City of Edmonton Council for Early Learning and Care. 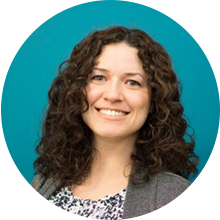 Sharon is the Controller at Drivewyze in Edmonton and has over 10 years of financial management experience. Prior to joining Drivewyze, she held positions both in public practice and industry giving her a variety of business knowledge across industries. Sharon holds a CPA-CGA designation in accounting and graduated with a Bachelor of Commerce degree from the University of Alberta.

In her personal time, Sharon enjoys traveling and spending time with her husband and two young children. Sharon is honoured to have the opportunity to work with ARCQE, an organization that has positively shaped the services provided by her own family’s childcare centre. 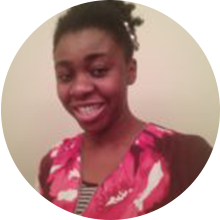 Ruth Okafor is an experienced and passionate early childhood professional with years of experience in the sector. She has her masters’ degree in early childhood teaching from Monash University Australia. She is a program director in a school-age setting, an early childhood (contract) instructor at Bow Valley College and at Mount Royal University here in Calgary. She has worked as a kindergarten teacher for over 6 years in Australia and also as an elementary and high school teacher in Nigeria. She has a bachelor’s degree in home Science, nutrition and institutional management. She enjoys building positive relationships with children and connecting with the families. She has wealth of experience supporting children with additional needs and partnering with other early childhood professionals such as psychologists, occupational therapists and child services during these years. She is passionate in creating a welcoming and supportive environment for the children and families as well as supporting and equipping other educators with the knowledge, skills and confidence that are needed and to make positive impacts in the lives of the children and their families. As a mother of two who recently moved to Canada from Australia with her husband and two boys, she understands the need for diversity awareness and inclusive practices to ensure holistic learning and development for all children and families.

Ruth is very grateful for the opportunity to serve on the ARCQE board and look forward to making positive impacts in the early childhood sector.

with Lorrie Baird and Anne Marie Coughlin, authors of Creating a Culture of Reflective Practice!

See locations and prices on here!